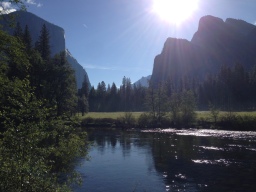 In Christian traditions, Epiphany is the manifestation of the holy/sacred in the world — a time of inspiration and awareness of wonder in the world. (see below for history notes)

To celebrate the season of Epiphany (which runs from January 6-February 9) each day we will post a photo or note describing a wonder in our day on the Into the Wilderness Epiphany Facebook group.

If you’re not on Facebook, we invite you to start a journal during this time to track wonder. It could be a thought, a picture, a collage, whatever.

This is a  spiritual practice of noticing and sharing wonder. Over here at ItW, we believe that yes, our sense of wonder is our sense of God.

To join, request to be added to:

“Epiphany is commonly known as Three Kings’ Day or the Feast of the Epiphany. It means “manifestation” or “showing forth”. It is also called Theophany (“manifestation of God”), especially by Eastern Christians. Epiphany refers not only to the day itself but to the church season that follows it – a season that has a varied length because it ends when Lent begins, and this depends on the date of Easter.

It commemorates the first two occasions on which Jesus’ divinity, according to Christian belief, was manifested: when the three kings (also known as wise men or Magi) visited infant Jesus in Bethlehem, and when John the Baptist baptized him in the River Jordan. The Roman Catholic and Protestant churches emphasize the visit of the Magi when they celebrate the Epiphany. The Eastern Orthodox churches focus on Jesus’ baptism.

Epiphany is one of the oldest Christian feasts. It was celebrated since the end of the second century, before the Christmas holiday was established. Like other Christian seasons, the church appropriated Epiphany from an old pagan festival. As early as 1996 BCE, the Egyptians celebrated the winter solstice (which then occurred on January 6) with a tribute to Aeon, the Virgin. It is important to note that the holiday was established prior to the Gregorian calendar’s introduction.”

This site uses Akismet to reduce spam. Learn how your comment data is processed.